The information about the Keynote Speakers of ICPBS2022 are as follows, which will be updated regularly. 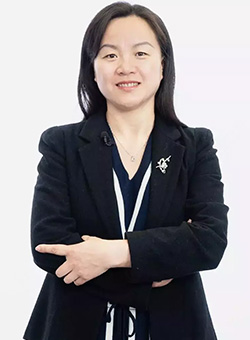 Biography: Dr. Weina Liu, the young scholar of "Changjiang Scholars Programme of China" rewarded by the Ministry of Education, is a Professor and the Vice Dean of the College of Physical Education and Health, East China Normal University. She has published more than 40 academic papers, 16 papers were indexed in SCI and SSCI as the first/corresponding author (9 in JCR Q1 or Q2), 13 papers in Sports Science-the authoritative journal of sports science in China. Papers were cited by the international authoritative journals such as Cell and PNAS. She has presided over more than 10 projects, including the National Natural Science Foundation of China, etc., published two academic monographs, and participated in compiling three national planned textbooks. She was awarded the Second Prize for the 13th Philosophy and Social Sciences of Shanghai, and got an excellent report award at the 18th Annual Conference of the Society of Chinese Scholars on Exercise Physiology and Fitness (SCSEPF). She is the editorial board member of World Journal of Psychiatry and China Sports Science and Technology, the Lead Guest Editor/Guest Editor and invited reviewer of several SCIE/SSCI journals. She is also a member of the Youth Working Committee of China Sports Science Association, and the evaluation expert of the National Natural Science Foundation of China.

Abstract: Depression affects at least 322 million people in the world, and may rank first in the overall global burden of diseases by 2030. However, there is still limited understanding on the pathogenic factors and the treatment of depression. The present speech will introduce the behavioral evidence and neural mechanism of exercise intervention in depression from our animal experiments. We reproduced depressive behavior in animals based on the potential influencing factors of depression such as stress, tryptophan metabolism, circadian rhythm and neuropeptides. We also explored the regulatory effect of exercise on depressive behavior from the aspects of "exercise intervention strategy", "comparison with the antidepressant" and "combination with drug intervention". On this basis, we found a variety of neural mechanisms that mediate the antidepressant effect of exercise, including HPA axis, neuroinflammation, metabolism, neural plasticity and neuropeptides. Collectively, our results delineate that exercise is a promising treatment for depression from the perspective of behavioral evidence and neural mechanism.